Making the time to keep this blogsite updated and you informed is my New Year’s resolution for 2013. I really do admire those who can keep their blogs going with articles on a weekly, some even daily, basis. Ultimate respect to you guys. What makes the best standout from the ordinary is just that kind of determination. So whilst many will be giving up smoking, drinking or some such vice, I will be joining the many millions who will be looking to develop a small aspect of their lives.

Whilst a full-time career (the day job) has put ever increasing pressures on my time and my reputation as a DJ has seen loyal customers continue to approach me to do gigs, I still have not been idle in developing film and video interests. I’ve managed to achieve a fair bit this year that on reflection has helped me improve my filming and editing techniques.

In the early part of the year I produced a music track and co-wrote a song which was recorded around June and finally mastered in August. I’ve been going on about a music video for so long now but we have finally started shooting that. Here’s a portrait of the artiste that I quickly mocked up. Well I had to prove it was in the making, right? 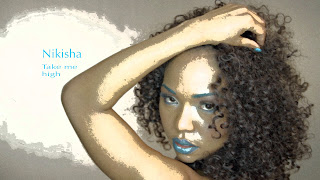 I’m producing the video in collaboration with SpinxMedia

Just posted up a piece I filmed, edited and directed for ChantiMedia on another collaboration.  http://youtu.be/g8kip7i2j7o . Whilst doing the credits for this it occurred to me that many videographers and self shooters end up directing and editing the work they film. The filming, editing and directing (FED) role is ever increasing as budgets get tighter and competition increases. I am always mindful of the old adage “jack of all trades, master of none”. So whilst working as a single shooter gives certain creative freedoms, I’ve found collaboration offers the best of both worlds with regards to support and a critical friend.

I worked with ChantiMedia on a Rockumentary in August. That is still in the cutting room. I want to do the piece justice so I’ve been reviewing footage and taking notes of scenes I like and trying to get a storyboard together so the final edit is engaging, pacey and educational.

Really spent time getting to know my Canon DSLRs and really happy with the images and footage. Probably more than any other bit of equipment I am happy I invested the time in these. The trusty Z1s aren’t being called into action that much these days but remain my “run and gun” staple.

Just as I thought I’d mastered FCP 7, Apple decided to re-write the popular NLE. I finally took the plunge in buying FCPX but to say I’ve used it to any great degree would be misleading. However, I do find using Motion 5 better than its predecessor and a great way of introducing myself slowly to the latest FCP mode of working.

I shot a few carnival events too for my youtube channel and these continue to be well received. So in terms of the year in review, a fairly productive one. But then that is not good enough.

Paid gigs continue to hold sway and customers continue to be pleased with their end product. Here I continue to give 101%. The customer never lies nor lets you forget!

I must tell you about my website! I’ve recently got a website together facilitated by Yola after a customer suggested I needed to get a landing page which would add value to the business. Checkout carnivalculture.co.uk